An email will be sent to the membership soon. Instructions for voting will be in the email. If you do not receive your email no later than June 10, send a letter to Voting@iasdallas.com

Only paid in full members will be able to vote.

There was an old man from Tarentum
Had a pair of false teeth and he bent ’em
When asked what the cost
In case they were lost
He said: “I don’t know, I just rent ’em!”

There once was a man from Gorem
Had a pair of tight pants and he wore ’em
When he bowed with a grin
A draft of air rushed in
And he knew by the sound that he tore ’em!

There once was a man from the city
Stooped to pat what he thought was a kitty
He gave it a pat
But it wasn’t a cat-
They buried his clothes – what a pity! 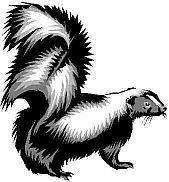 Posted in Uncategorized | Comments Off on Funny Limericks

A MESSAGE FROM OUR PRESIDENT, DAN KEOUGH

My greatest concern is your health and safety. The Irish-American Society will put all of our social gatherings on hold until the COVIP-19 scare is behind us.

May the road rise to meet you,
May the wind be always at your back.
May the sun shine warm upon your face,
The rains fall soft upon your fields.
And until we meet again,
May God hold you in the palm of his hand.

Posted in Uncategorized | Comments Off on A MESSAGE FROM OUR PRESIDENT, DAN KEOUGH

The parade has been canceled by Mark Cuban and his organization. Our club completely supports this decision.   If you would like to gather, most of the old timers will be at Trinity Hall all day. It is an old tradition going back years and years. If you want more adventure than that, a group is traveling to Dublin, Texas to participate in their St. Patrick’s Day activities. Better check for rain before you head out. Saturday may rain all day.